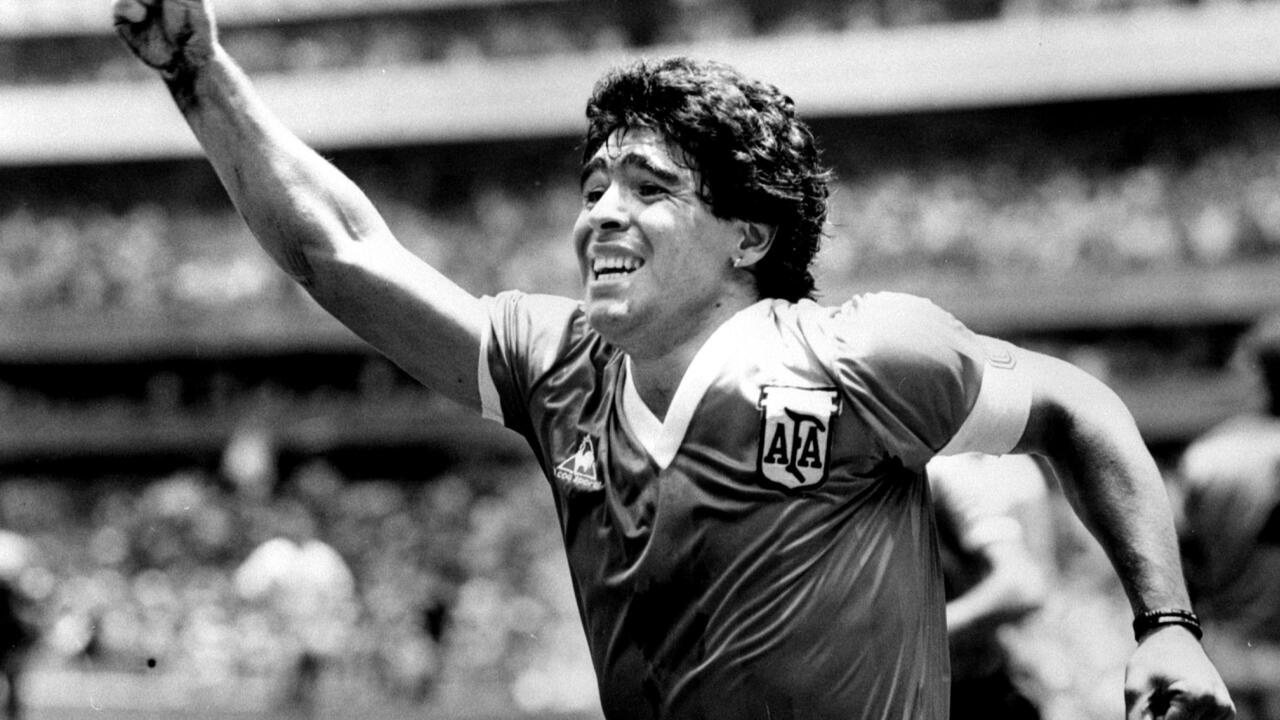 The jersey worn by Argentine footballer Diego Maradona in the 1986 ‘Hand of God’ World Cup match against England is going to be auctioned with an estimated value of seven million euros.

Maradona swapped shirts with England midfielder Steve Hodge at the end of Argentina’s 2-1 win at the Azteca Stadium in Mexico.

And for the past 18 years, the former Nottingham Forest and Tottenham Hotspur star has given permission for the shirt to be displayed at the National Football Museum in Manchester, northern England.

But Hodge’s decision to sell the jersey reignited memories of shenanigans, appalling officials and supernatural skill in the infamous quarter-final.

Five minutes after the break, Hodge, at the edge of the England penalty area, tried to cut off a pass but inadvertently kicked the ball high into the air and towards goal.

Maradona, running into the box, jumped up with England goalkeeper Peter Shilton and kicked the ball over Shilton’s head and into the net.

Maradona turned away in celebration and his theatrics fooled the officials into thinking he had headed the ball.

Without video assistance, they let the goal stand before the fury of the England players and the disbelief of the world watching on TV.

Four minutes into the shenanigans, Maradona showed his otherworldly brilliance.

Receiving the ball and spinning in his own half, Maradona left five England defenders in his wake before dragging Shilton – considered one of the best keepers in the world – into the net.

After the match, Maradona reportedly said his first goal was scored “a bit with Maradona’s head and a bit with God’s hand”.

In a 2019 documentary, Maradona described the goal as revenge for the British victory over Argentina in the 1982 war for the Falkland Islands in the South Atlantic.

Argentina went on to win the 1986 World Cup for the second time in eight years and Maradona was crowned a national hero.

After his death from a heart attack in November 2020, the country held three days of mourning.

Sotheby’s said it would hold its own public display of the jersey in London during the online auction which is due to take place from April 20 to May 4.

Brahm Wachter, Head of Streetwear and Modern Collectibles at Sotheby’s, said: “The list goes on for the type of people or organizations that might want to own the item.

“It could be an individual, it could be a museum, it could just be someone who wants to own the best of the best, a football fan or a club.”

The bidding for the Maradona jersey will start at 5 million euros.

“It was one of those moments in history where sport can transcend the confines of a simple game,” Wachter said.

Hodge, whose autobiography is titled: The man with the Maradona shirt, said in a statement: “It was an absolute privilege to have played against one of the greatest and most magnificent football players of all time.

“It was also a pleasure to share the jersey with the public over the past 20 years at the National Football Museum.”

The museum says it won’t bid on the jersey. “But we would like it back on display at the museum should the successful buyer require a custodian,” a spokesperson said.

Diego Maradona’s ‘£4million’ football shirt is not the one he wore for his ‘Hand of God’ goal, says his daughter