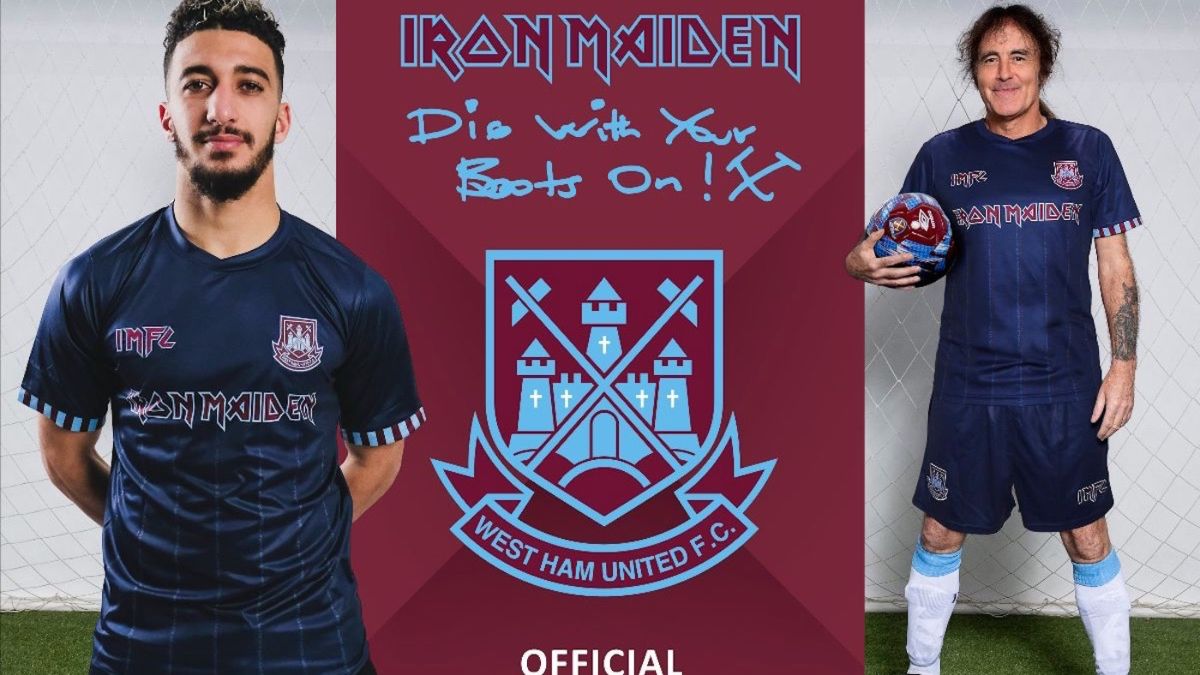 Iron Maiden and Steve Harris’ beloved West Ham United have once again teamed up to launch a new collection of ‘outdoor’ workout shirts and apparel.

After collaborating for the first time on a â€œDie With Your Boots Onâ€ home shirt in 2009, the group and East London football club have once again joined forces for an iconic â€œawayâ€ shirt, modeled here above by Steve Harris and WHU midfielder SaÃ¯d Benrahma. The new jersey comes with a new West Ham / Iron Maiden training jacket and a new line of Iron Maiden training clothing.

“It was amazing to see the number of Iron Maiden and West Ham fans who picked up the initial home jersey,” said Steve Harris. “With West Ham doing so well in the Premier League right now, it’s a good time to release that ‘away’ shirt. I’m so happy to take the Maiden / West Ham partnership a step further … who knows, that could bring us luck for a place in the Champions League, you never know! COYI! “

Steve has teamed up with @WestHam to launch a new “Away Shirt” and workout line in the “Die With Your Boots On” collection! Away shirts in stock on the WH store – https://t.co/30jW0bfm4GPre-order on Maiden store – https://t.co/LwVqU4Asd6#IronMaiden #WestHam #DieWithYourBootsOn pic.twitter.com/kr6HCRYrRfApril 16, 2021

West Ham United Licensing Officer Tracey Stratton adds: â€œWe had a phenomenal response to our first shirt collaboration with Iron Maiden, selling repeat orders several times. The reactions from the fans have been amazing with huge engagement on social media. We are now delighted to launch the exclusive “away” jersey for the first time online at officialwesthamstore.com with other styles to follow as we continue this very successful partnership. Come on, irons!