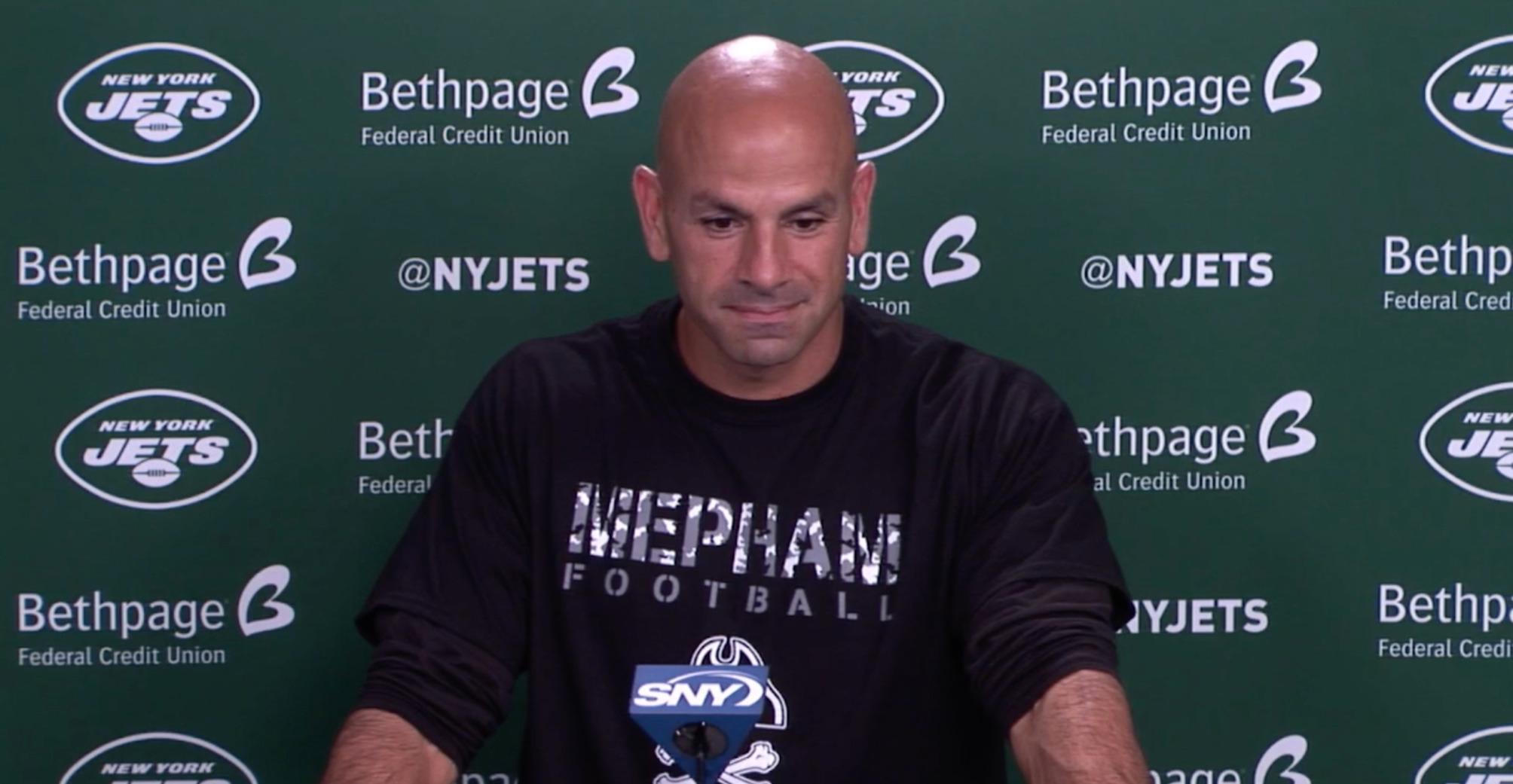 The black T-shirt read “MEPHAM” across the front, with “FOOTBALL” below, and the Pirates logo below. It all had to do with Mepham’s Sofia LaSpina being named the Jets’ High School Player of the Week.

This award was for a very good reason. LaSpina became the first woman to score a touchdown in Long Island history. The junior receiver did it at a reception last Saturday when the Pirates beat Roslyn, 49-21.

“Cool, isn’t it?” Saleh said when asked about his historic game.

It was part of an impressive three-catch, 45-yard effort, all in the second half. LaSpina received a lot of hits for the 4-yard TD pass Peter Mayo threw at him. NBC showed a halftime clip of its Chiefs-Ravens TV broadcast on Sunday night. The Player of the Week award fell on Monday.

LaSpina also got to play catch with the most famous Jets player in franchise history, Hall of Famer Joe Namath, at a charity event on Wednesday on Long Island.

And then Saleh wore the Mepham shirt and mentioned his name, school and accomplishments.

“So I thought that was pretty cool,” Saleh said of the feat. “The organization is going to invite her to our next game. So hopefully she’ll be there screaming.”

The next home game is scheduled for October 3 against the Titans at MetLife Stadium. The Jets and Gatorade are also teaming up to donate $1,000 in LaSpina’s name to the Mepham football program.

4 things you need to know about them