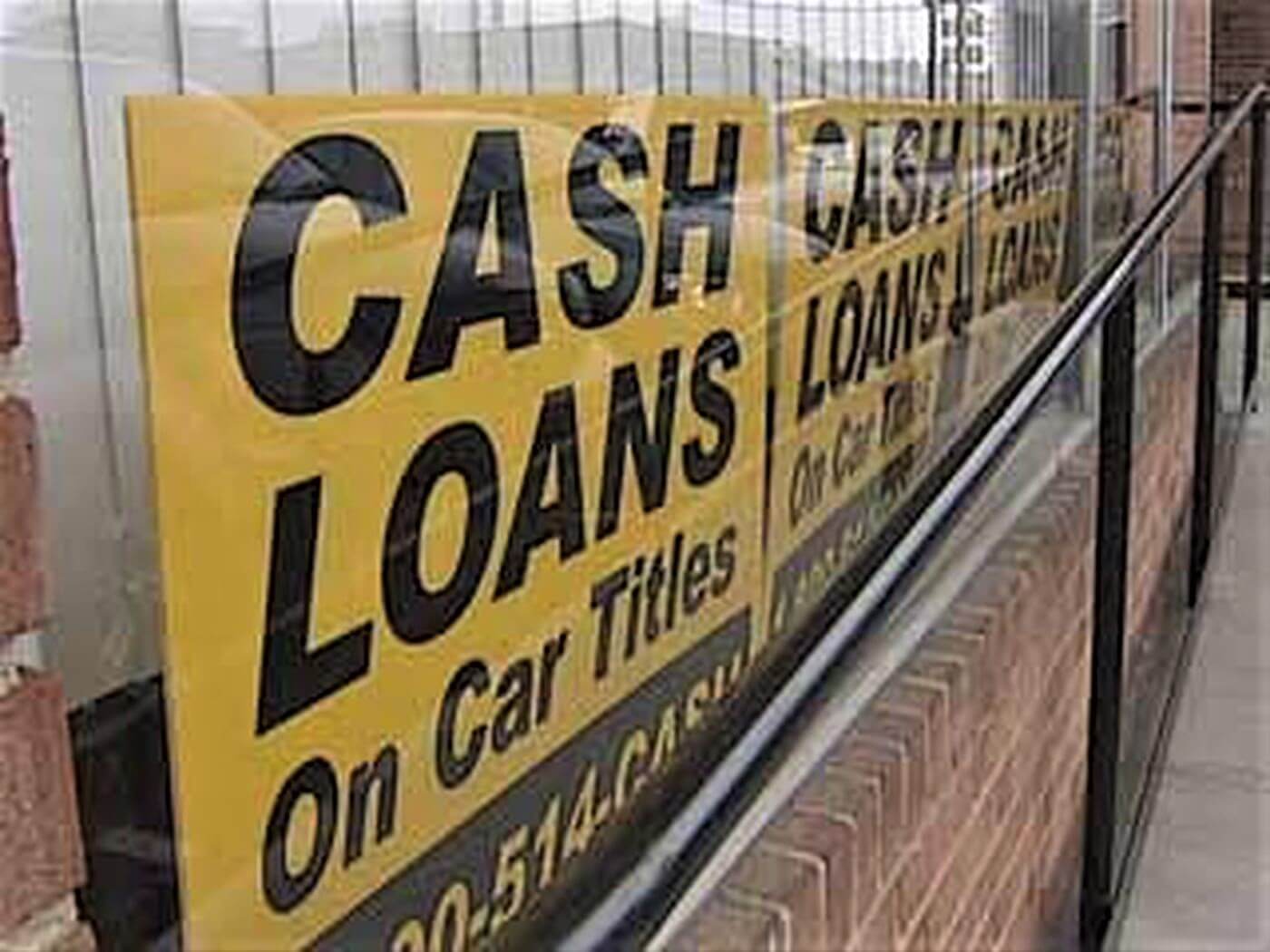 We have been blessed.

But for so many Virginians, their financial reality makes it impossible to get the loans and mortgages I received, so they have to go to the nearest payday lender. Then they often find themselves trapped in a terrible scenario to which there is almost no escape. In the Commonwealth, payday and car title lenders are able to charge interest rates of 200 and 300 percent. Although borrowers intend these loans to be short term to overcome them in times of emergency cash shortages, it often does not happen that way.

People who already have trouble paying their grocery bills or keeping the lights on end up paying more interest and fees than the original amount they borrowed. For example, in Virginia, the average car title loan is $ 1,116 and the average reimbursement cost is $ 2,700. Virginia also has one of the highest car repossession rates in the country. Those with the weakest financial situation are often plunged into poverty. Because those who lose their car titles lose their means of transport to work to earn money to repay loans! Virginia has the dubious distinction of having one of the highest car repossession rates on title loans in the country, because our laws have unusually weak consumer protections.

Any quick reading of the scriptures, especially Leviticus and Deuteronomy, finds many commandments whose ultimate goal is the alleviation of poverty and the elevation of the poor to equitable financial status. Simply replace the current terminology with agricultural terms. While the main objective may be utopian, namely to eradicate poverty altogether, in the meantime; the scriptures demand our attention and concern for the poor, the needy, and those unaware of the complexities of modern finances.

As the following verses are clear: “Do not put a stumbling block before the blind”, [Leviticus 19:14] and “Cursed be he who leads a blind man astray”. [Deuteronomy 27:18]. â€œDo not steal from the poor because he is poor! [Proverbs 22:22]. While the scriptures were composed long ago, their words resonate with force and demand upon our lawmakers in Virginia. They must regulate this industry and stop these practices which can cause financial ruin and lead to eviction and homelessness.

The countless religious communities of the Commonwealth of Virginia can find endless quotes in their sacred texts that echo the words of Leviticus, Deuteronomy, and Proverbs. In unity, faith communities bring this issue to the fore and together demand that the General Assembly pass laws to remedy this situation.

As a member of the Virginia Interfaith Center for Public Policy, I thought we had succeeded in championing this cause. In 2008, certain limits on payday loans were exceeded. But lenders quickly switched to offering “open-ended credit,” like a credit card but with 300% interest, tapping into another part of Virginia’s legal code where they are not required to license and can charge unlimited rates. Virginia is one of six states with so weak loan laws that payday lenders operate that way. Lawmakers in our states have attempted reforms over the years, but lenders have managed to block or bend the rules, so now we need to redouble our efforts and demands.

As our economy appears to be thriving with low unemployment rates and a strong stock market, the truth is that the gap between the lowest income members of our society and those with the highest incomes has widened in epic proportions. Vulnerable people are more vulnerable than ever. I realize that there will always be people who will need access to capital and immediate liquidity and companies that will accept different levels of risk to make it available. These lenders don’t need to swindle people at such usurious rates.

Evidence from other states shows that carefully crafted laws can provide strong guarantees to these businesses while allowing widespread access to lower-cost credit. In fact, some of the same companies that operate in Virginia today charge up to 300% interest charge less in other states. Why should our laws allow our citizens to be taken advantage of? Scripture commands: â€œThere will be one law for the citizen and for the stranger who dwells among you. ” [Exodus 12:49]

The possibility of a fair market where all loans have affordable payments, reasonable prices and strong consumer protections is already a reality in other states. It’s a goal that religious leaders in Virginia have long championed, and the time is right.

The Virginia Interfaith Center for Public Policy and the Virginia Poverty Law Center are working with partners and lawmakers to take action to protect consumers rather than predatory lenders. Bills imposing comprehensive predatory lending reforms were introduced by Senator Mamie Locke (SB421) and delegate Lamont Bagby (HB789) and move towards the passage.

This legislation will finally solve the problem and put money in the pockets of Virginia families who live paycheck to paycheck. Religious communities across the state are mobilizing to make sure they do.

Scripture, respected and honored by all religious traditions, demands: “Justice, justice you will pursue [Deuteronomy 16:20]. â€œThe time is right. The Virginia General Assembly is the place.

Rabbi Gary Creditor is a board member of the Virginia Interfaith Center for Public Policy and Rabbi Emeritus of Temple Beth-El in Richmond. ([emailÂ protected]).

England 1911 football shirt set to sell for £ 1,000 after being rescued from Wolverhampton clearance sale