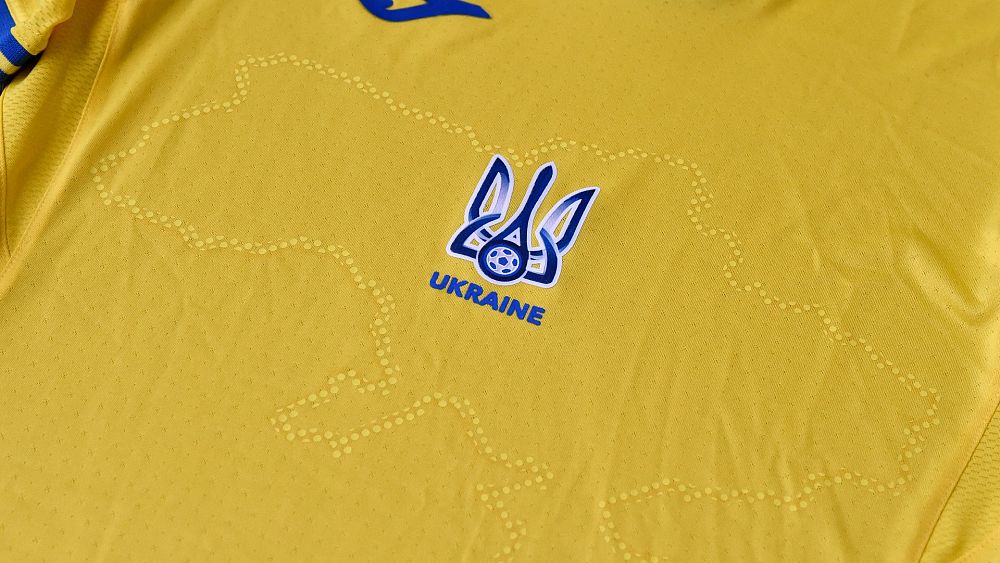 UEFA has told Ukraine it must remove the slogan ‘Glory to our heroes’ from its EURO 2020 football shirt after a complaint from the Russian Football Union.

European football’s governing body announced the decision on Thursday, saying the slogan being associated with the slogan ‘Glory to Ukraine’, it was an overtly political statement.

“This specific combination of the two slogans is considered to be clearly political in nature, having historical and militaristic significance,” UEFA said in a statement to Euronews.

“This specific slogan inside the shirt must therefore be removed for use in UEFA competition matches.”

“Glory to our heroes” was to be displayed inside the collar of the shirts worn by Ukrainian players during the tournament, which begins on Friday.

The words were used in Ukraine during World War I as a rallying cry against Soviet rule and were popularized during the uprising that led to the ousting of Ukraine’s pro-Kremlin former president in 2014.

Ukrainian officials say the words are now commonly used to greet other citizens and have opposed the decision.

“This slogan has long been a traditional greeting for our fans at all stadiums and at all matches of the national team of Ukraine,” said Andriy Pavelko, President of the Ukrainian Football Association (UAF).

“The UAF has always respected international sporting principles and followed the rules that the highest authorities in football are governed in their work.”

Pavelko said he traveled “urgently” to Rome to speak with UEFA representatives about the matter.

In its statement, UEFA said it does not require Ukraine to make any further changes to the national team shirt.

“Glory to Ukraine” must appear on the outside of the shirt, but UEFA said the words alone “can be considered a generic, apolitical phrase of general national significance” and do not have break any rules.

The shirt also featured the outline of a map of Ukraine which includes Crimea, the peninsula annexed in 2014 by Russia.

But Russia’s complaint that the Ukraine map includes Crimea has not been upheld by UEFA because the international community does not recognize Moscow’s annexation of the territory.

Zakharova then welcomed UEFA’s decision on Thursday, saying on Telegram that “sport is not a battleground, but a competition ground”.

Ukraine are due to play their first group match against the Netherlands in Amsterdam on Sunday. While a UEFA rule prevents Russia and Ukraine from being reunited, the two countries could meet in the quarter-finals later in the tournament.